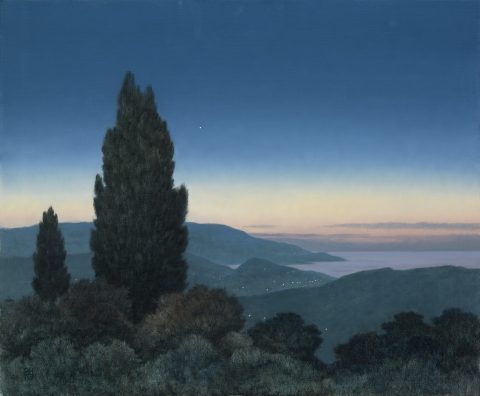 Michael Bennallack Hart was born in 1948 in Sussex, and studied at Ravensbourne College of Art in London from 1966-70.

He began his career designing and illustrating film posters and record sleeves, and painting landscapes and sports scenes. In the 70s and 80s he worked as an advertising art director and as an illustrator, while continuing to paint and exhibiting at the Spectrum Gallery in New York. Since the 1990s he has had many group and solo shows in London, Paris, San Francisco and Dublin.

His love and understanding of landscape began during his childhood in the Weald of Kent and has evolved during his travels in the British Isles, Ireland, Europe and the United States.

His paintings are in corporate and private collections in Europe, Australia and North America. He lives and works in Richmond, Surrey, and is a member of the Chelsea Arts Club.

We use cookies to ensure that we give you the best experience on our website. If you continue to use this site we will assume that you are happy with it.OK